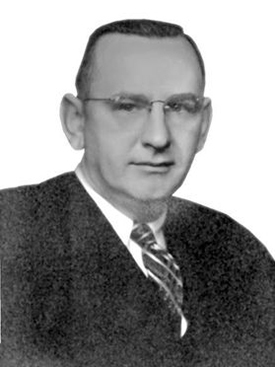 ​In recognition for Service and Leadership

Luke played on St. Henry’s first high school basketball team in 1918.  He was also the President of the School Board in 1939 when the town voted to build a new high school.  He was an active member of St. Henry Commercial Club, and a Charter Member of the Knights of Columbus.

He was part owner of the general store which still stands across from the church.  This store was the largest general store in the county in 1922.  Luke and his family then formed the Beckman and Gast Company.