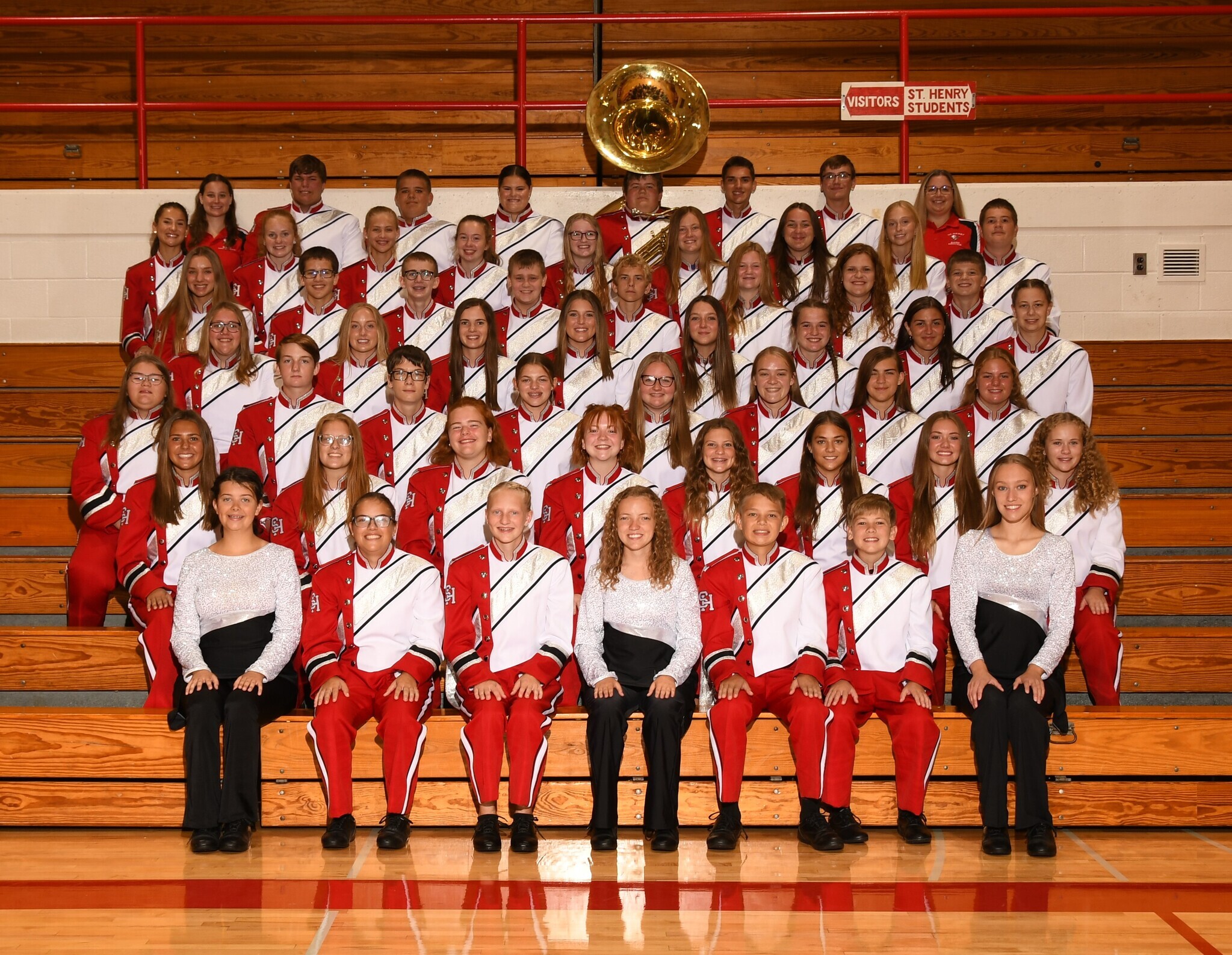 Known as " The Band that Dares to Be Different", St. Henry Marching Band starts their season off with opening ceremonies at the St. Henry Picnic and continues their season by participating in many local events, including parades, band shows at the local fairs and the half time show at the football games. Some years their season includes performing the National Anthem at Eldora Speedway's opening ceremonies. The St. Henry Marching Redskins recently traveled to Florida to perform in the Walt Disney Parade.
Director - Elisha Hartings
Assistant Director - Rachel Werling